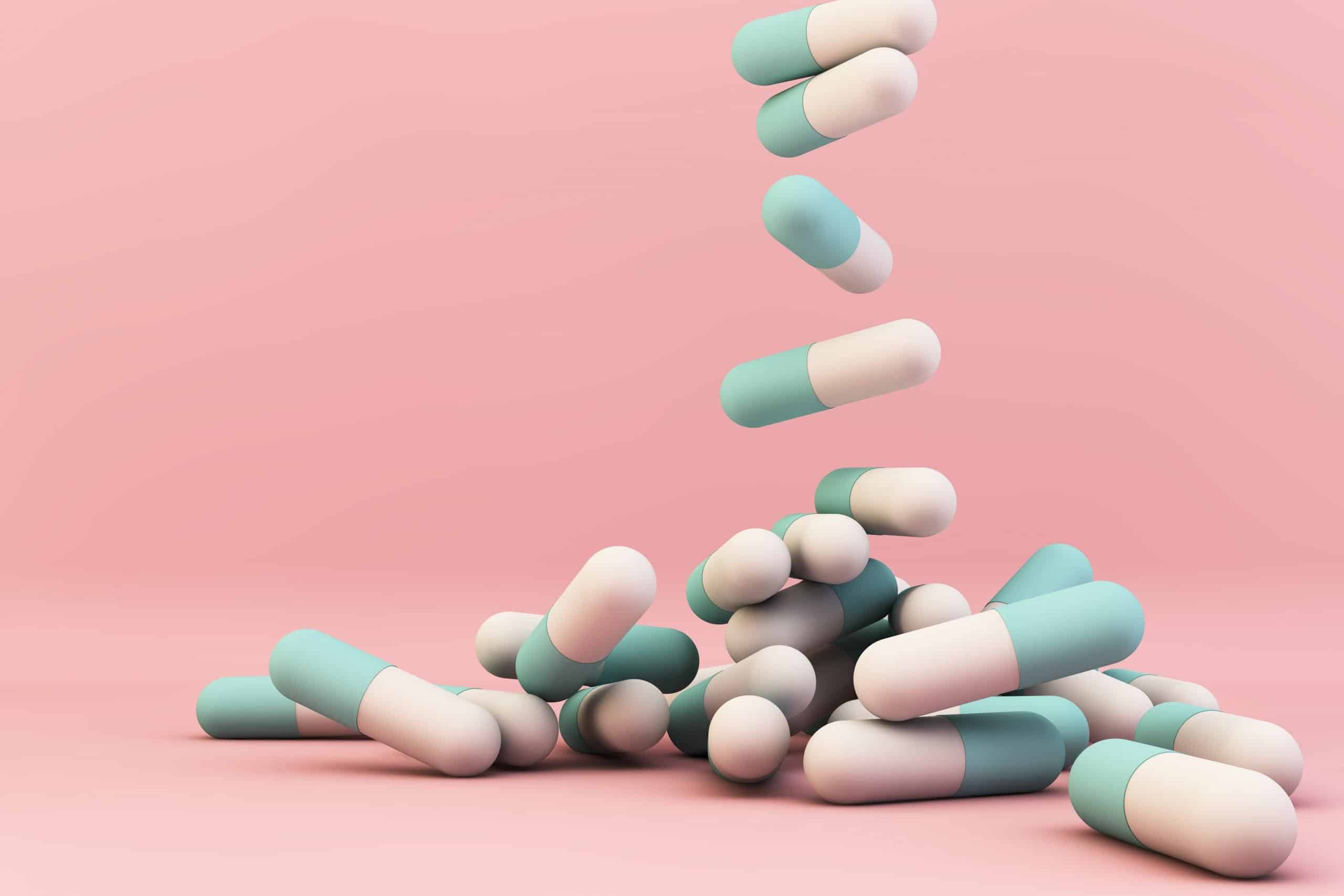 Antidepressants are among the most commonly prescribed drugs in the world. They have been proven effective in helping people deal with, and recover from, depression both on their own and with other treatments like talking therapies. However, like any drug, there is the potential that they can be misused and abused and, for some, there is the possibility of addiction.

The understanding of addiction has advanced hugely over the years. So, while drugs like antidepressants were not seen as addictive in the past — they do not produce a typical ‘high’ for example — it’s now recognized that there is the possibility that patients can develop a dependence or addiction. In fact, antidepressant addiction can follow a model very similar to a traditional addiction model where the body develops a tolerance, meaning it requires higher doses of a drug1https://www.ncbi.nlm.nih.gov/pmc/articles/PMC4140701/, increasing the tolerance and creating a cycle of dependence and antidepressant addiction.

How do antidepressants work?

There are several types of antidepressants that are commonly prescribed. Modern antidepressants like Selective Serotonin Reuptake Inhibitors (SSRIs) are the most widely prescribed, although there are many other types. The specific antidepressant chosen and prescribed by a doctor can depend on a range of factors including diagnosis, previous experience with antidepressants and the patient’s response to them, as well as patient preference and concerns about specific side effects.

In general, antidepressants work in the same way, they affect the way the brain processes chemicals that affect mood. In the case of SSRIs, for example, the drug will slow the reabsorption of serotonin in the body. Serotonin plays many roles in the body, including many associated with mental function and mood, as well as several physiological processes like intestinal function. By slowing the absorption of serotonin, the drugs effectively increase the total amount within the body, and through that help to elevate mood.

Why are antidepressants prescribed?

Perhaps obviously, antidepressants are prescribed to patients experiencing depression. However, they are also often prescribed to help with anxiety, which is frequently linked to depression — patients can often confuse anxiety and depression because many symptoms are similar.

The situations in which they are prescribed can vary enormously too, for some it will be a long-term prescription to manage ongoing depression, while other prescriptions will be short-term to manage a single depressive episode or help with a response to a specific situation. They are also frequently prescribed in conjunction with other treatments, for example taking antidepressants alongside a talking therapy like cognitive behavioral therapy is an effective treatment for some types of depression.

How can antidepressants be addictive?

Antidepressants are not commonly seen as addictive and are certainly not as addictive as other drugs like cocaine or heroin. They do not offer the same high as other drugs and do not have the same withdrawal effects. This does not, however, mean an addiction cannot be formed.2https://journals.sagepub.com/doi/10.1177/026988119901300321

Current addiction science recognizes that addiction is not just the result of the chemical or physical effect of a drug, but instead by changes in the brain’s structures and pathways. This is the reason behaviors like gambling can be addictive.

Antidepressants, therefore, can become addictive because they work on both levels. They affect the way the brain works by design, changing how it handles serotonin for example, they can play a role in forming the neural shortcuts that lead to addiction, creating an association between the drug and positive moods, sensations, or effects. But they can also create dependence, with the body forming a tolerance and the requiring bigger doses to achieve the desired antidepressant effects.

Who is at risk of Antidepressant addiction?

The simple answer is that everyone is at risk of forming an Antidepressant addiction and it’s impossible to predict who might, or might not, become addicted to any drug. However, there are some risk factors that are associated with higher risk of addiction formation.

Personal situation will also be involved. An individual with a stressful life can be more prone to developing addiction. And social situations will also play a part, as well as peer pressure being in a situation in which drug taking and even addiction is normalized with mean it more likely the individual will suffer addiction themselves.

Finally, medical history will have a role. A single short-term prescription for antidepressants is unlikely to result in addiction. However, a long-term course of antidepressants should be reviewed by a doctor to ensure the prescription remains appropriate and to consider whether other treatment options might have better outcomes.

What are the signs of Antidepressant addiction?

It is important to note that antidepressant addiction will usually present differently to other drug addictions. Unlike, say, cocaine, antidepressants are designed to allow the taker to operate normally in everyday life. An addict may, therefore, be able to continue their normal life and appear entirely functional to others despite having formed a dependence. And while antidepressants can be prepared to take by snorting or injection, almost all addicts will continue to take them normally. This means it’s often quite hard for an outsider to detect an addiction to antidepressants.

Antidepressant addiction will often not lead to significant behavior changes that would alert others to an addiction. This is particularly true where the dependence has developed because of increased tolerance. Indeed, the signs of addiction are likely to be those that are side effects or even desired outcomes from regular use, such as changed mood, poorer sleep or changes in appetite. A persistent good mood and calm demeanor that does not change in response to life’s ups and downs may be a consequence. However, over the longer term addiction can lead to poorer mental health outcomes, for example an increased risk of suicidal ideation.

There are more severe, but relatively rare, effects of addiction including loss of libido, lethargy, and serotonin syndrome. Serotonin syndrome occurs when there is excess serotonin in the system and can be caused by overdoses of drugs like SSRIs. The symptoms can be mild, including a high temperature, but can include more severe symptoms including high temperature, tremors, and seizures. In extreme cases it can be fatal.

There may also be behavioral changes. Like other addicts they may withdraw from normal social life or neglect aspects of their life like work or family commitments. Their behavior around drugs might also noticeably change, for example ‘losing’ them to get a fresh supply, stocking excess drugs, perhaps in unusual places, or changing doctors in the hope of getting additional prescriptions.3https://www.sciencedirect.com/science/article/pii/S0306460318308347

While the risk of overdose is lower than other drugs, an overdose is still possible, especially when taken with other drugs that can either interact or have similar effects. A common example is alcohol, which acts as a depressant and, therefore, means a higher dose of antidepressants is required to counteract the effects of alcohol before it can provide a benefit. Symptoms of an overdose will vary depending on the individual and the particular antidepressant, but mild symptoms might include a dry mouth, while more severe symptoms will be confusion, tremors, changes to blood pressure, depressed respiration and possibly death.

What are the effects of withdrawal from Antidepressant addiction?

Because antidepressant addiction is largely psychological, there are few physical withdrawal effects. However, some people might experience relatively mild symptoms like nausea, headaches, and dizziness.

The psychological effects are likely to be more profound and, effectively, a return of the symptoms that first resulted in them taking antidepressants like depression and anxiety. However, it is possible that there may be other mental health problems that develop. The most common is anxiety, but it’s possible more severe conditions like bipolar disorder or schizophrenia might also occur.

Because of the likely return of previous symptoms, as well as the risk of other mental health problems developing, it’s important that withdrawal is not attempted without support.

What are the effects of withdrawal from Antidepressant addiction?

There are many centers that can help with substance addiction, but it’s important, when dealing with antidepressant addiction, to find a center that is equipped to help with the other mental health issues that might result from withdrawal.

The most likely outcome is a return of depression, so finding a center that can manage depression is important, especially as the returning depression may be more severe than the episode for which antidepressants were first prescribed. However, the risk of a developing other, sometimes more severe, mental health issues means it’s wise to choose a center that can quickly identify and help treat those as soon as there is a diagnosable presentation.

Article Name
Antidepressant Addiction
Description
The simple answer is that everyone is at risk of forming an addiction and it’s impossible to predict who might, or might not, become addicted to any drug. However, there are some risk factors that are associated with higher risk of antidepressant addiction formation.
Author
Author: Pin Ng PhD, Reviewed By: Michael Por MD
Publisher Name
Worlds Best Rehab
Publisher Logo