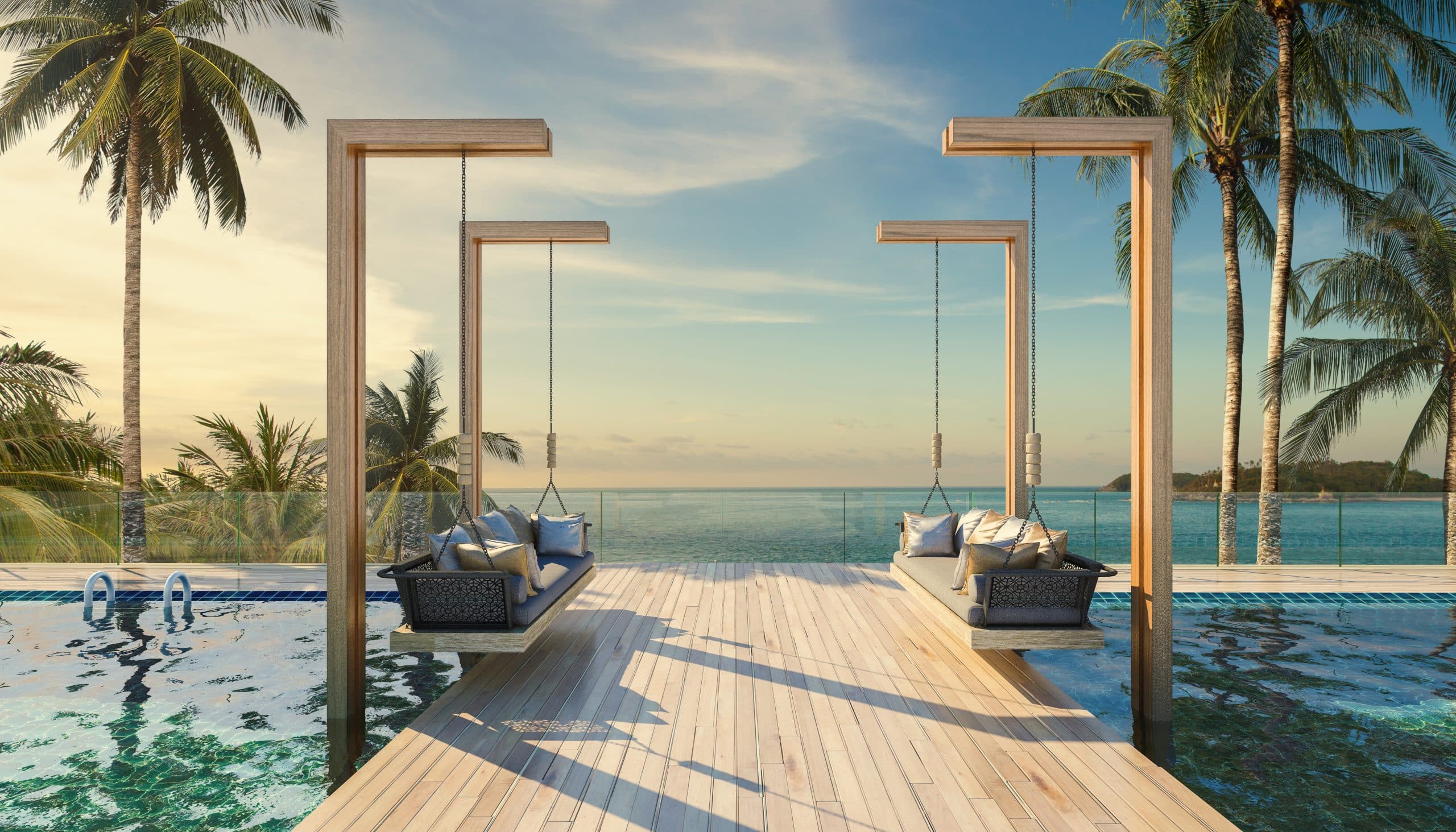 The Covid-19 pandemic has seen one of the world’s greatest research efforts. From the rapid sequencing of the genome to the incredibly fast development of multiple vaccines, doctors and scientist have shared their findings in the fight against coronavirus. But as the battle looks like it might be turning the corner with countries ramping up vaccination efforts and infection and death rates falling, there is still much to discover about the illness’s impacts. And one of the longest-term impacts might turn out to be on mental health.

It is, obviously, important to note that we still have little understanding of the long-term effects, either physical or mental, of Covid-19. Even the earliest cases of Covid-19 have only been recovered for a little over a year, so while a large number of cases of ‘long Covid’ have been documented, there simply hasn’t been enough time to establish exactly how long it might be.

This makes research into the potential mental health effects incredibly difficult. Aside from an understandable focus on physical symptoms at the start of the pandemic, the mental health consequences will present differently. Many conditions may take months, or even years, before symptoms result in a presentation. Some patients may never present, either because of stigma or because they self-manage their mental health problems. And there are for many people a connection between Covid-19 and subsequent poor mental health may prove impossible to make, or even not be considered.1https://journals.plos.org/plosone/article?id=10.1371/journal.pone.0240146

Despite this, there is growing evidence that Covid-19 isn’t just a physical illness, but also has a detrimental effect on mental health.

Post-traumatic stress disorder (PTSD), sometimes called post-traumatic stress syndrome, is itself only a recently understood condition.2https://jamanetwork.com/journals/jamapsychiatry/fullarticle/2776722 For much of the 20th century it was almost exclusive associated with war, with its meaning veiled behind terms like ‘shell-shock’ or ‘battle fatigue’ and it was only in the 1950s that it started to develop into what is now recognized as PTSD.

There has long been an association between intensive care and PTSD, especially in cases where mechanical ventilation is required. A 2015 study at Johns Hopkins found that a quarter of patients who had an ICU stay as part of their treatment for critical illness subsequently experienced PTSD. Interestingly, although intubation — the insertion of a breathing tube into the airway — might seem to be the obviously traumatic part of the experience the study found that large amounts of sedation were also correlated with the subsequent development of PTSD.

Those who had severe Covid-19 symptoms have found themselves admitted to ICUs and receiving mechanical ventilation and would clearly expect to share the heightened risk of subsequently developing PTSD in the form of Post Covid Stress Disorder. However, it appears that Covid-19 patients are generally experiencing poorer mental health outcomes than might be expected regardless of the course their illness took or the treatment they received.

A study of Covid-19 patients in the UK by Imperial College London and the University of Southampton included over 13,000 patients with suspected and confirmed Covid-19 and a variety of outcomes. Like the Johns Hopkins study it found that mechanical ventilation was strongly correlated with subsequent symptoms of PTSD; but the UK study found a higher rate of patients, one-in-three, subsequently experienced those symptoms.

Although the UK sample was controlled to try to account for other external factors, if it were considering purely ventilated patients the difference might not be significant; the relevant numbers in both studies were small. However, the UK study found that regardless of treatment received patients reported key PTSD symptoms, the most common being intrusive images or flashbacks.

The proportion of those in the study who reported symptoms of PTSD included one-in-five of those admitted to hospital, but not ventilated, and one-in-six of those who simply received some medical treatment at home. Perhaps most interestingly one-in-ten of those who had Covid-19 but managed their symptoms without medical help or intervention also reported PTSD symptoms after their recovery.

There also seems to be an association between Covid-19 and other mental health problems. Initial research has suggested that one-in-five people with a positive Covid-19 test are diagnosed with a psychiatric disorder, such as depression or anxiety, in the following three months, of those around one-in-sixteen for the first time.

A follow-up study, still in preprint, suggests an increased rate of neurological and psychiatric problems in the six months after an initial positive test.

Why this is the case is unclear, and as the studies highlight, it’s not impossible that the patients were more likely to contract Covid-19 as a result of behaviours associated with poor mental health, rather than developing poor mental health as a result of Covid-19. However, the apparent increase in other neurological conditions may suggest that Covid-19 is not purely a respiratory illness and adds to the evidence that it can have effects on other parts of the body, in this case the brain.

Poor mental health, including PTSD, is not limited just to those that have contracted Covid-19. The negative effects on mental health of the pandemic have been observed in people who, although they have not had the illness, have been exposed, in some way, to its effects.

Healthcare workers comprise the main part of this group, and, perhaps unsurprisingly, those working in ICUs are the most at risk. The Covid-19 pandemic put unprecedented pressure on ICUs and ICU staff, during peaks they were required to work beyond their usual capacity, in some places using makeshift ICUs with equipment being adapted to help them cope.

And while ICU staff may be used to death, the nature of death during the Covid-19 pandemic changed. With families unable to visit, farewells were said while staff held phones and tablets aloft and were unable to provide even simple comforts like a human touch. A study of nurses in China found that about one-in-six had PTSD following the exposure to Covid-19 patients.

There are several protective factors and stressors that will affect the likelihood of staff to suffer from PTSD symptoms, from the protection provided by simple job satisfaction to the stressors of having experienced loss to Covid-19 elsewhere or the strains of insufficient or inadequate PPE experienced by many early in the pandemic.

Perhaps the biggest stressor on healthcare staff was the moral injury. There is a correlation between moral injury — the feeling of responsibility, fault or failure — and PTSD. While entirely unjustified, Covid-19 provided lots of opportunities for healthcare staff to feel a moral injury, whether from the patient they were unable to save, being off work because of Covid-19 or symptoms, or having to make difficult decisions when resources were stretched.

There is even some evidence that there may be a population-wide exposure to stress as a result of the pandemic, a type of vicarious stress disorder. While this indirect exposure to trauma would not meet the strict diagnostic criteria for PTSD the effects on the wider population’s mental health has often been commented on. A survey by the CDC found that two in every five people had suffered an adverse mental health effect as a result of the pandemic. A quarter of these were trauma- or stressor-related.

Whether Post Covid Stress Disorder is a condition in its own right or just a particular presentation of PTSD it will require professional treatment.3https://onlinelibrary.wiley.com/doi/full/10.1002/wps.20838 PTSD can respond well to treatments like cognitive therapies or eye movement desensitization and reprocessing, but untreated can persist for years after the trauma.

In practice, many people are best trying to increase the known protective factors and decrease exposure to stressors associated with PTSD. This will mean ensuring there is adequate social support, security — both financial and physical — and good healthcare provision available. While healthcare workers should also have access to support at their workplace and access to PPE.

Unfortunately, when fighting a pandemic, these are the very things that are almost immediately removed. Policies designed to reduce transmission can cause social isolation and have economic effects putting people’s livelihoods at risk. And while healthcare workers have job security, the pressures caused by a pandemic can mean the system’s resources have to be prioritized for the patients rather than the staff.

Research is still ongoing, but the studies so far suggest that it’s reasonable to expect more will be discovered connecting Covid-19 with poor mental health and some form of post-Covid stress disorder. Just as the long-term physical impacts of Covid-19 are still unknown, we don’t know what the long-term mental health impacts will be. However, we can be confident not just that there will be some, but also that they will not be limited just to those who had the virus.

Professor Cherie Armour’s talk focuses on the COVID-19 psychological well-being study which was implemented across the four nations of the UK in 2020.

Article Name
Post Covid Stress Disorder PCSD
Description
Those who had severe Covid-19 symptoms have found themselves admitted to ICUs and receiving mechanical ventilation and would clearly expect to share the heightened risk of subsequently developing PTSD. However, it appears that Covid-19 patients are generally experiencing poorer mental health outcomes than might be expected regardless of the course their illness took or the treatment they received.
Author
Author: Pin Ng PhD, Reviewed By: Michael Por MD
Publisher Name
Worlds Best Rehab
Publisher Logo